Giannitsa camp was opened on 21 March 2016. The camp is located in an industrial estate along the highway between Edessa and Thessaloniki, three kilometres away from the city centre of Giannitsa and apparently without any bus connections. Giannitsa camp is managed by the Hellenic Army and entry controlled by the Hellenic Police, who usually refuse to let individuals enter the fenced area without registration. We were told that the UNHCR and a few international and local supporters regularly visit the camp. 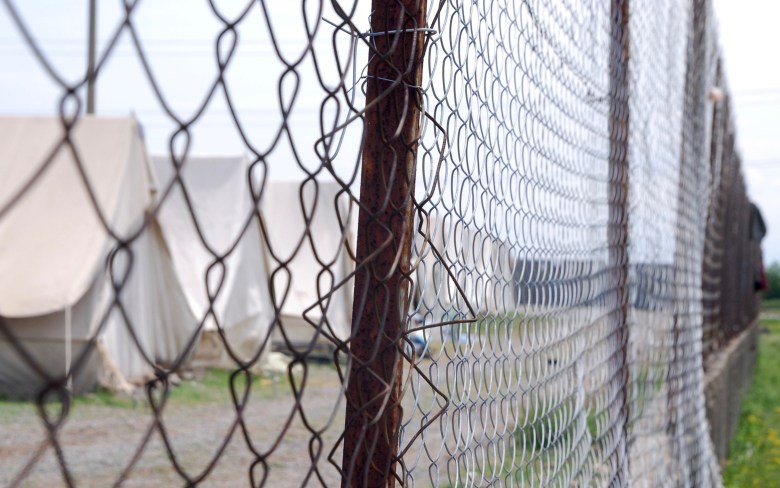 Harsh and inadequate living conditions
In Giannitsa, around 800 people are accommodated in only 127 tents, with up to 8 people in single tents and up to 15 people in double tents. The tents do not offer adequate protection from the rain, storms and hot sun. “We are completely exposed to the weather here because we only can stay in the tents”, S. said. 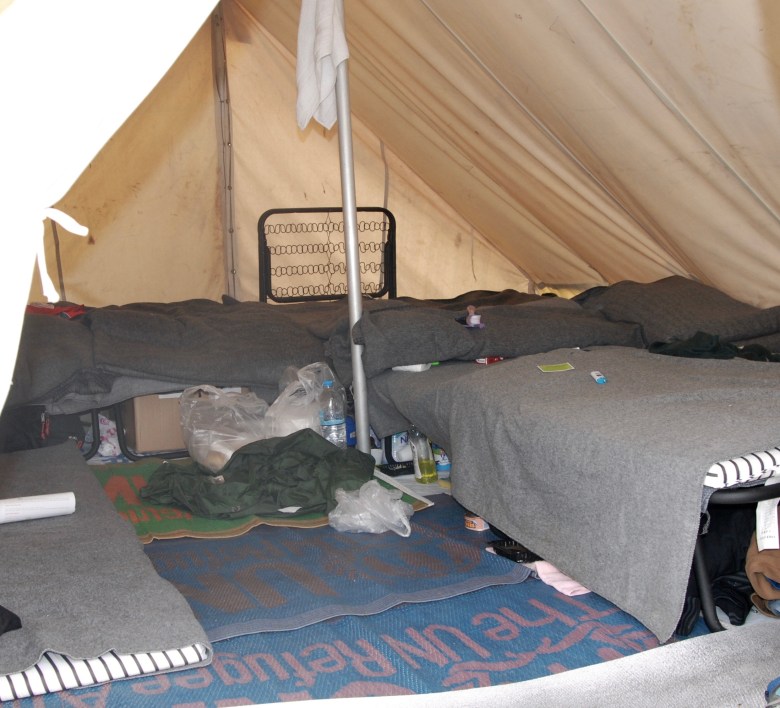 Meals are provided three times a day and as there is no common space, people usually eat inside their tents. A., from Syria, emphasized: “I know that they pay a lot of money to the catering enterprise for this little amount of food we get. It would make more sense to get the money for ourselves and cook what we like.” She added, that the food is insufficient for the children and therefore parents have to buy basic supplies in the supermarket several kilometres away. According to many people, the sanitary facilities are equally insufficient. There are only 28 toilets for everybody and there is still no hot water for showering. „My children always cry when I wash them with cold water“, K. explained.

M., an engineer from Damascus, who was in Idomeni before, thinks: “Some things are better in the military camp than in Idomeni. For example here we are less people. But in Idomeni we had more infrastructures, such as Internet and medicine and also more independent information about what maybe will happen politically.”

However, like in many other camps, the living conditions are not the primary concern. The primary concern is the uncertainty about the future: „People did not come here to stay here. What to do?“

Skype Service dysfunctional
At the moment people can still only apply for asylum, family reunification or relocation if they reach the authorities by Skype. But accessing the Skype service is nearly impossible. There is no wifi provided by the camp administration, so people have to try to connect to the internet via private mobile connections. But having a stable internet connection does not mean reaching the Greek Asylum Service: „Nobody here got through on Skype trying to reach the Greek Asylum Service“, M. said. Regarding relocation, some people have reached the relocation service, but the subsequent process is lengthy and likely only to work for a small proportion of people.