There are four camps in the province of Pieria. Petra Olympou is the biggest camp, managed by the Hellenic Army. According to UNHCR, almost 1’000 people have to stay in this place. As many other camps, the site is secluded in the mountains, at least half an hour away from the next biggest town. 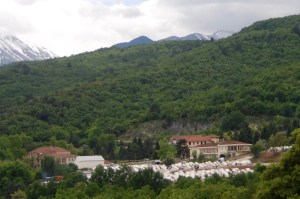 The site was formerly used for a psychiatric clinic. There are three buildings, but instead of being accommodated in one of the buildings, all refugees are housed in tents on gravel ground. The site administration told Moving Europe that one of the houses is occupied by military personnel, while the second one is being used for medical services and other activities, and the third continues to be empty. Given the location in the mountains, the temperature drops considerable during the night. 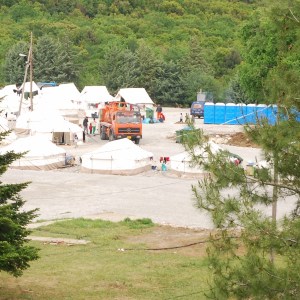 Refugees have to stay in tents.